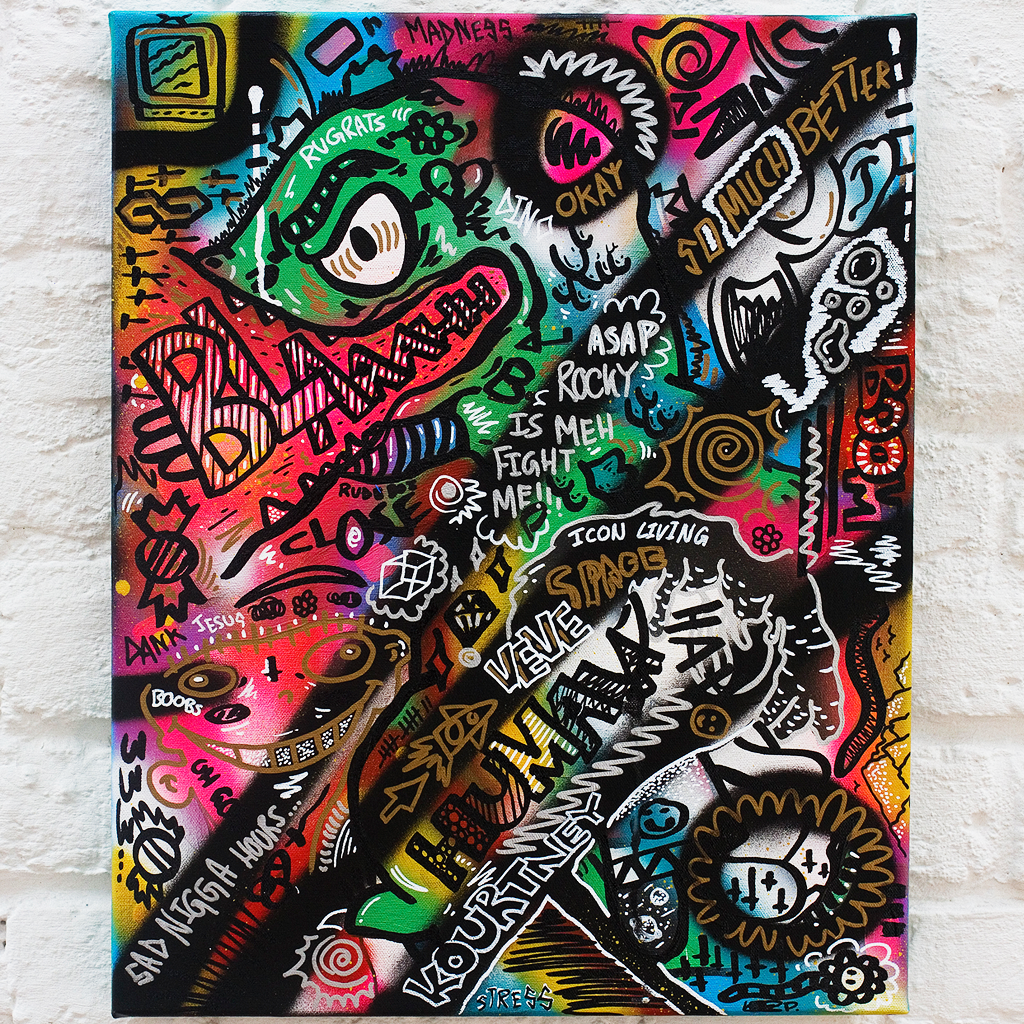 My work is heavily influenced by Jean-Michel Basquiat’s strong visual message against power structures and the hierarchy of racism, as I combine this with pop culture and real-life experiences within my own world. I tend to frequently make references to particular cartoon animations from the early 2000s and classic Japanese anime.