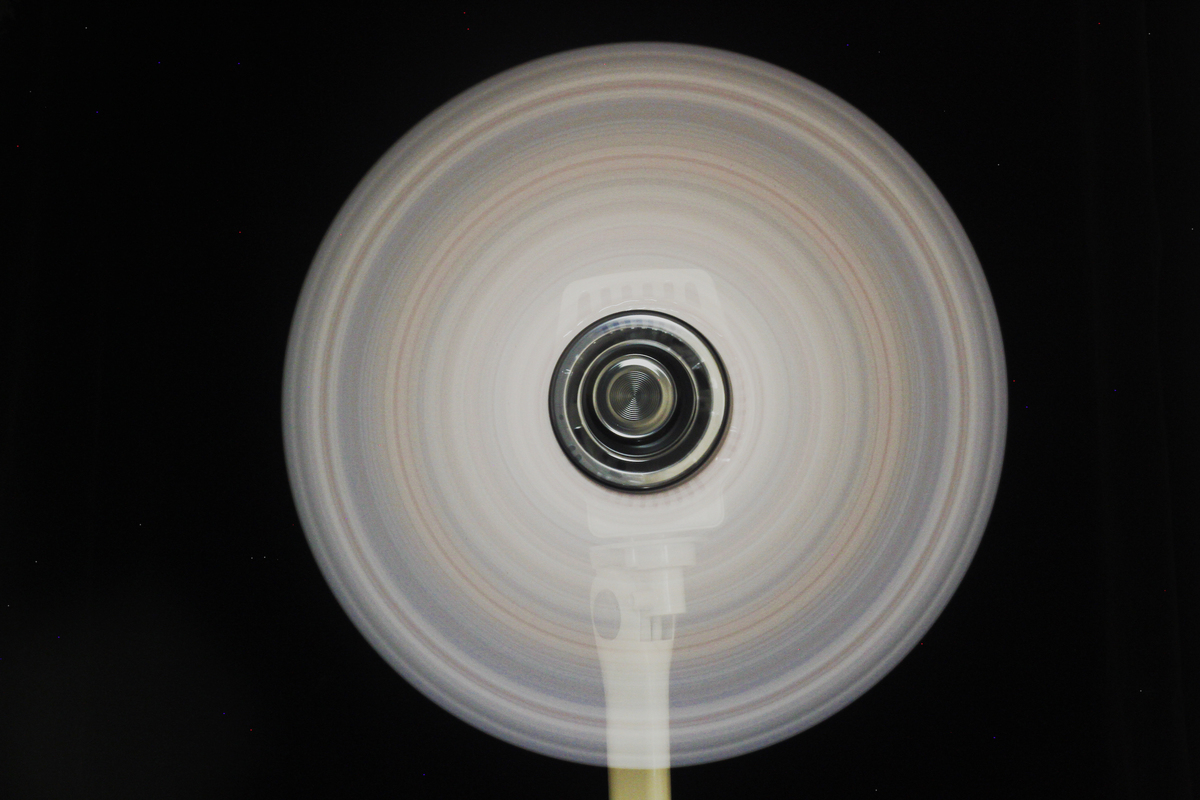 A large number of images with symbolic attributes that are common in daily life were collected by artist, including apps, money, flags, newspaper and money. Then they were rearranged and glued on the blades of the electric fan according to their usefulness. When these fans are energized, the originally still symbolic image attached to the fan blade is transformed into an abstractly digital trace. The artist hopes that the symbolic objects or events will be presented in the development of contemporary people’s psychological uncertainty and emptiness in this rude way.